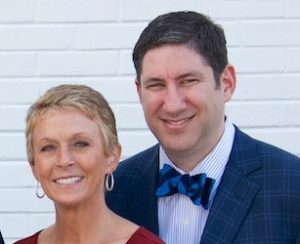 Centre for Foot and Ankle Care was named Gold Winner in the 2016 Virginian Pilot Readers’ Choice for “Best Podiatrist.” This is the 10th year that 1Foot 2Foot, with 2 offices in Suffolk and 1 in Hampton, has been presented with a Best Podiatrist Gold award.

Winners of the Readers’ Choice Awards are chosen by the cities of Hampton Roads including Franklin, Smithfield, and Isle of Wight through a ballot-voting system. The voting ballots were opened for two weeks in March with ballot open to all practices. The overall winners for each category are then announced in a special section published in the July/August issue of Virginian Pilot.

Drs. Matthew Dairman, Daria Piotrowski, Hoan Dang, and Marc Barbella are all very thankful for the communities support throughout the years. “We’re so blessed to receive our 10th ‘Best Podiatrist Gold Award’ in 10 years of practice here in Suffolk.” said Dr. Matthew Dairman, Foot and Ankle Specialist and 1Foot 2Foot Founder. “It’s an honor to be awarded with ‘Best Podiatrist’. We want to thank everyone for their continued support and are very excited for our future,” said Teresa Smith, Practice Administrator.

If you live in or around Suffolk, Hampton, Chesapeake, Portsmouth, Newport News, Carrollton, Smithfield, Norfolk, or Virginia Beach, VA, call 757.384.6609 to schedule your appointment with one of our expert foot specialists.